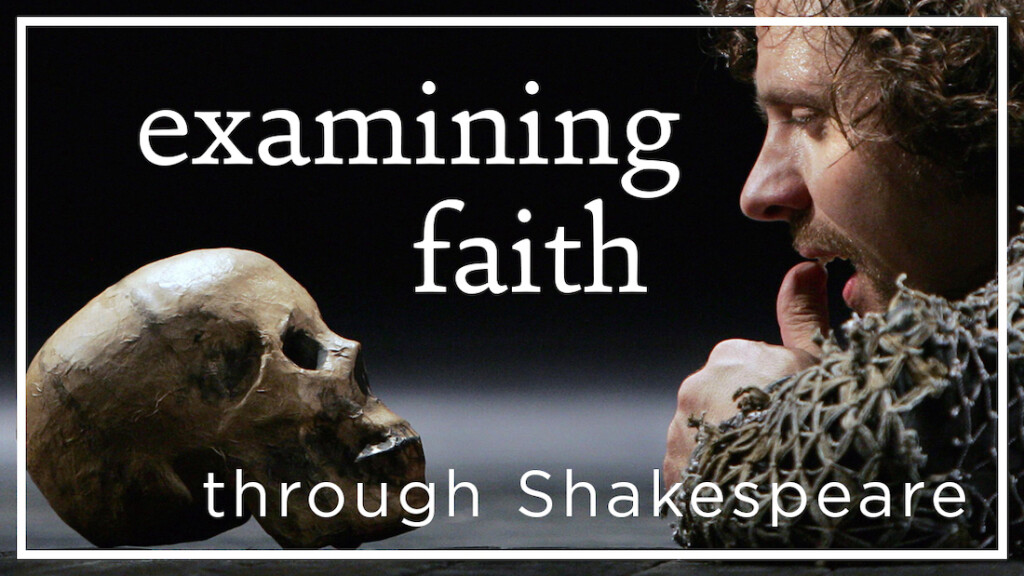 Shakespeare says, "All the world's a stage, and all the men and women merely players." Join Bob Woodward and Lee Osorio as they use Shakespeare's writing to launch conversations about the roles we play and the stories we tell with our lives.

Each class will include performances of excerpts from Shakespeare's most famous plays, followed by discussions examining some of life's biggest questions including: What is the ideal relationship between church and state? Does free will exist? What is truth? And, What awaits us in the afterlife?

Register for the Zoom meetings

Imani Vaughn-Jones is an actress and writer thriving in Atlanta, GA with her husband Daniel and their twin basil plants. She holds a Bachelor of Arts in creative writing and English with a concentration in screenwriting from Southern New Hampshire University. Her work focuses on the themes of race, power, trust, and relationships. She seeks to both write and perform in works that bring honest yet rarely depicted truths to the stage and screen.

Jonathan Horne got his start playing Shakespeare in the sixth grade. After college, he was briefly a high school English teacher before leaving to pursue a career in acting. After apprenticing at the Atlanta Shakespeare Company, he went on to perform in over half the Shakespearen canon; including portraying Hamlet, Romeo, Prince Hal/Henry V, Coriolanus, Orlando, and Oberon. He's also performed many American classics including John Proctor in "The Crucible" and Tom Wingfield in "The Glass Menagerie."